The 2019-20 season marked the second big change to Welsh domestic football since the Welsh Premier league, formerly the League of Wales, came into being in 1992.

The 2010-11 season marked the first major transformation when the league was reduced from 18 teams to the Super 12, but another change of name heralds the dawn of the Cymru Leagues, with the Football Association of Wales taking over control of the second tier of Welsh football following a review of the Welsh league pyramid.

The newly re-branded Cymru Premier now has two feeder leagues, known as the Cymru North and Cymru South. The North replacing the old Cymru Alliance, while the South incorporates most the clubs from the former First Division of the Welsh Football League.

The Cymru North now has three regional leagues feeding into it… the Mid Wales League (covering Powys and Ceredigion), the Welsh Alliance League (covering all of the north except Wrexham), and the Welsh National League (Wrexham Area, covering the region around Wrexham).

The Cymru South is now fed by the Welsh Football League, which has two divisions. Promotion to, and relegation from the Welsh League is structured on three regional football associations… the Gwent FA, South Wales FA, and West Wales FA.

The champions of both leagues can be promoted to the Cymru Premier, subject to acceptable ground facilities, with the runner-up considered if the champions fail to meet the criteria.

This has been the case since 2010-11 when six teams dropped down into the feeder Cymru Alliance prior to the start of the campaign, which saw Bangor City win their first title for 16 years after pipping reigning champions The New Saints to top spot.

There were 20 clubs in the League of Wales for the inaugural season, which kicked off on the 15 August 1992. Cwmbran Town, managed by Tony Wilcox, took the first title and became the first League of Wales club to play in Europe when they took on Cork City in the preliminary round of the Champions Cup in August 1993. The Crows won the home leg 3-2, but lost the second leg 2-1 in Cork and were eliminated on the away goals rule.

Rhyl were crowned champions for the first time in 2003-04 and finished runners-up the following year when TNS claimed their second title.

The Saints retained the crown until 2006-07, finishing runners-up to Llanelli in 2007-08. Rhyl returned to top spot the following year, with Saints making it five Welsh Premier titles in 2009-10.

Since Bangor reclaimed the title for the third time in their history in 2010-11, The New Saints have won the last eight championships to become the league’s most successful club, winning the title on 13 occasions.

Only three of the founder clubs – Aberystwyth Town, Bangor City and Newtown – had played in the first 26 seasons of the league, but Bangor’s failure to secure an FAW domestic licence for the 2018-19 season saw them relegated and demoted from runners-up spot in 2017-18, with their place in the Europa League and Irn-Bru Cup taken by Connah’s Quay, who finished three points behind Bangor in the league. Connah’s Quay finished as runners-up again in 2018-19.

And in two troubled seasons since, when the calendar has been adversely affected by coronavirus chaos, the Nomads have emerged as Wales’ top team… securing the title in a curtailed campaign in 2019-20 ahead of TNS, who they again headed in 2020-21. 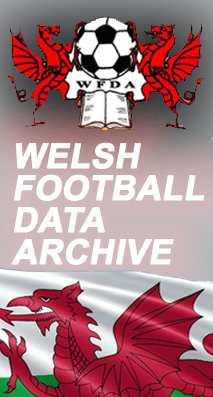 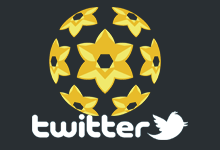 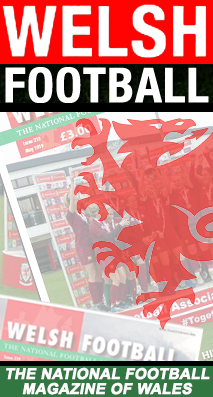