Ashley Baker: I'm staying at Newport to fight for a start
18 January 2021

ASHLEY Baker is ready to fight for a start at Newport County AFC after being a fringe figure in the first half of the season.

NEWPORT County AFC remain second in League Two after having to settle for a point from their meeting with promotion rivals Salford City.

MANAGER Michael Flynn slammed the display of the officials in Newport County AFC’s draw against Salford City in League Two.

NEWPORT County AFC battled hard for a share of the spoils against promotion rivals Salford City after Josh Sheehan saw red for the first time in his career. 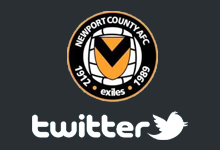