Exclusive: Merthyr Town Would Have Been Bankrupt By November Had We Not Mothballed Season, Says Chairman Howard King
21 September 2020 - Editor

Chairman Howard King has revealed that Merthyr Town would have gone bust by November had they started the season playing behind closed doors. The Southern League outfit have taken the decision to suspend playing in the 2021-21 season due to the problems caused by COVID-19. The post Exclusive: Merthy

Are You Sitting Comfortably? Merthyr Town Benefit From Brentford’s Seating Plan Thanks To A Few Cans Of WD40
14 September 2020 - Terry Phillips

Merthyr Town have been given a helping hand by Premier League officials and Brentford FC in a much-needed boost for the Southern League outfit. The Martyrs will receive funding from the Premier League for ground improvements at the MetCoaches Stadium, while the Bees have handed over 200 seats from t

Multi-talented Lewis Binns believes believes Merthyr Town will flourish in the Southern League Premier Division during the 2020-21 season.  The former Cardiff City and Newport County youth midfielder is among 15 senior players who have committed to the Martyrs and said: “The manager has signed a few 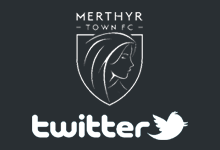