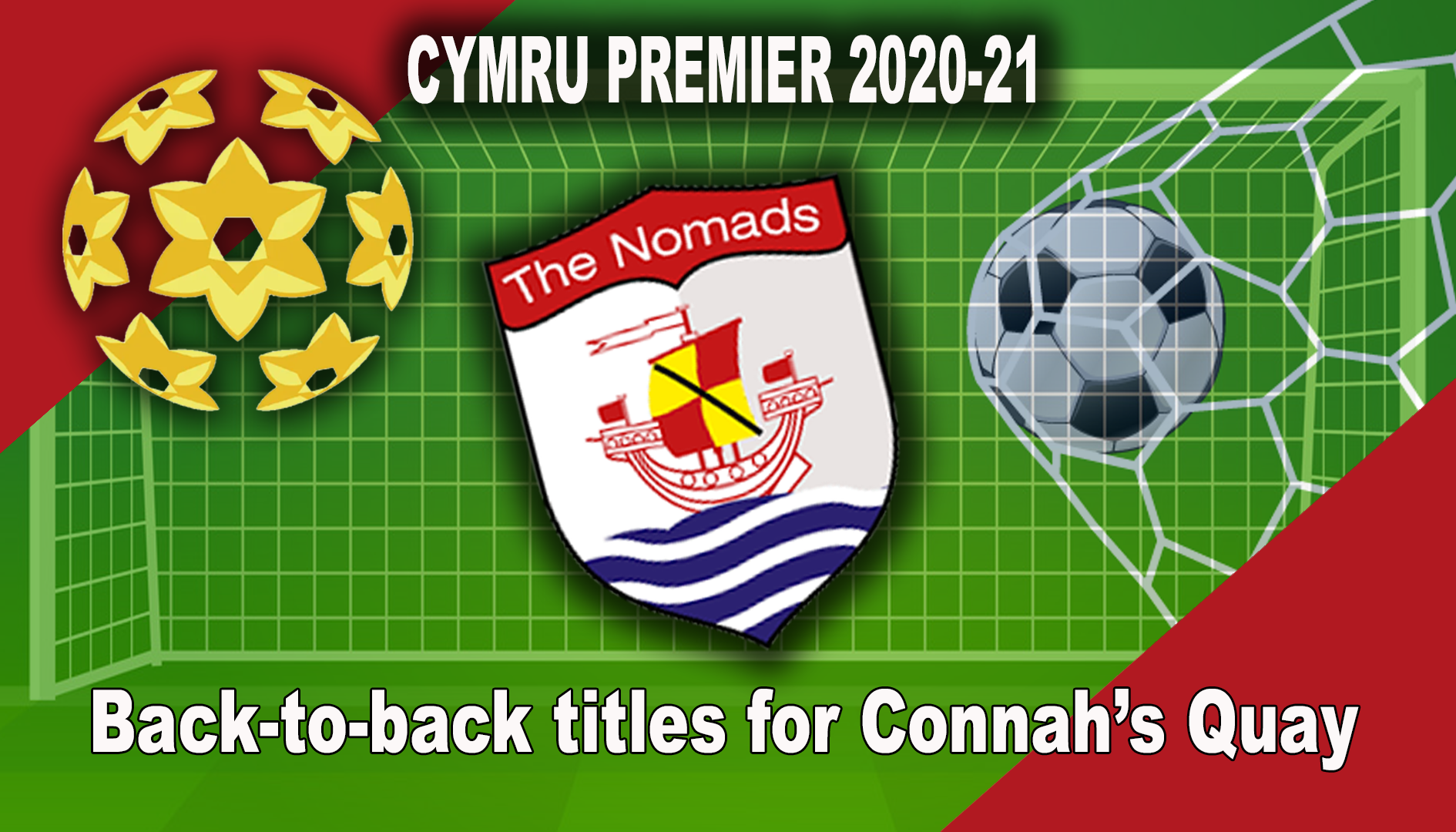 There are many serious issues the perpetrators of the worldwide lunacy of the past two years need to be brought to account for, but there are also a plethora of lesser injustices that have resulted from the ‘phoney-baloney plandemic’ that has disrupted our lives for the past 16 months or so.

The debilitating effect these ludicrous measures have had on grassroots football in Wales is unmeasurable at the moment, but even at the highest level of the sport the disruptions have had far-reaching consequences.

Take for example the achievement of Connah’s Quay Nomads in becoming back-to-back Cymru Premier champions. Supporters missed out on the climax to the 2019-20 season when the Nomads took the title for the first time and were again deprived the opportunity to celebrate them retaining the crown at the end of the 2020-21 season.

Ending The New Saints’ recent domination of the Cymru Premier was in itself an amazing achievement for Connah’s Quay, made more incredible by their defence of the title this season. But their efforts have largely gone beneath the radar of all but the most ardent of supporters of the Cymru Leagues and have been significantly devalued by the lack of fan participation in such an amazing achievement.

The history books will provide the evidence of the Nomads’ rise to pre-eminence in Welsh domestic football but caveats will always surface as a result of the disruption that has resulted from the catastrophic response to the crimes against humanity unleashed on a global scale.

With everything going on in the world the 2020-21 domestic campaign offered little excitement and it’s a grave shame that the Nomads will miss out on the acclaim their efforts deserve.

They finished the season two points clear of runners-up The New Saints, losing only three times during the 32-match campaign. With 25 wins and four draws, the Nomads scored 70 goals and conceded just 20.

Michael Wilde managed an impressive 18 goals, second only in the goal-scoring stakes to Bala Town’s Chris Venables, who finished as the league’s top scorer on 24 goals to bag his fifth Golden Boot award.

As champions the Nomads qualify for next season’s Champions League preliminary rounds, with the Saints, Bala and play-off winners Newtown entering the newly-established Europa Conference League.

Cefn Druids finished bottom of the league in 2020-21, with Flint Town United accompanying them in the drop zone just one point below 10th-placed Aberystwyth Town.