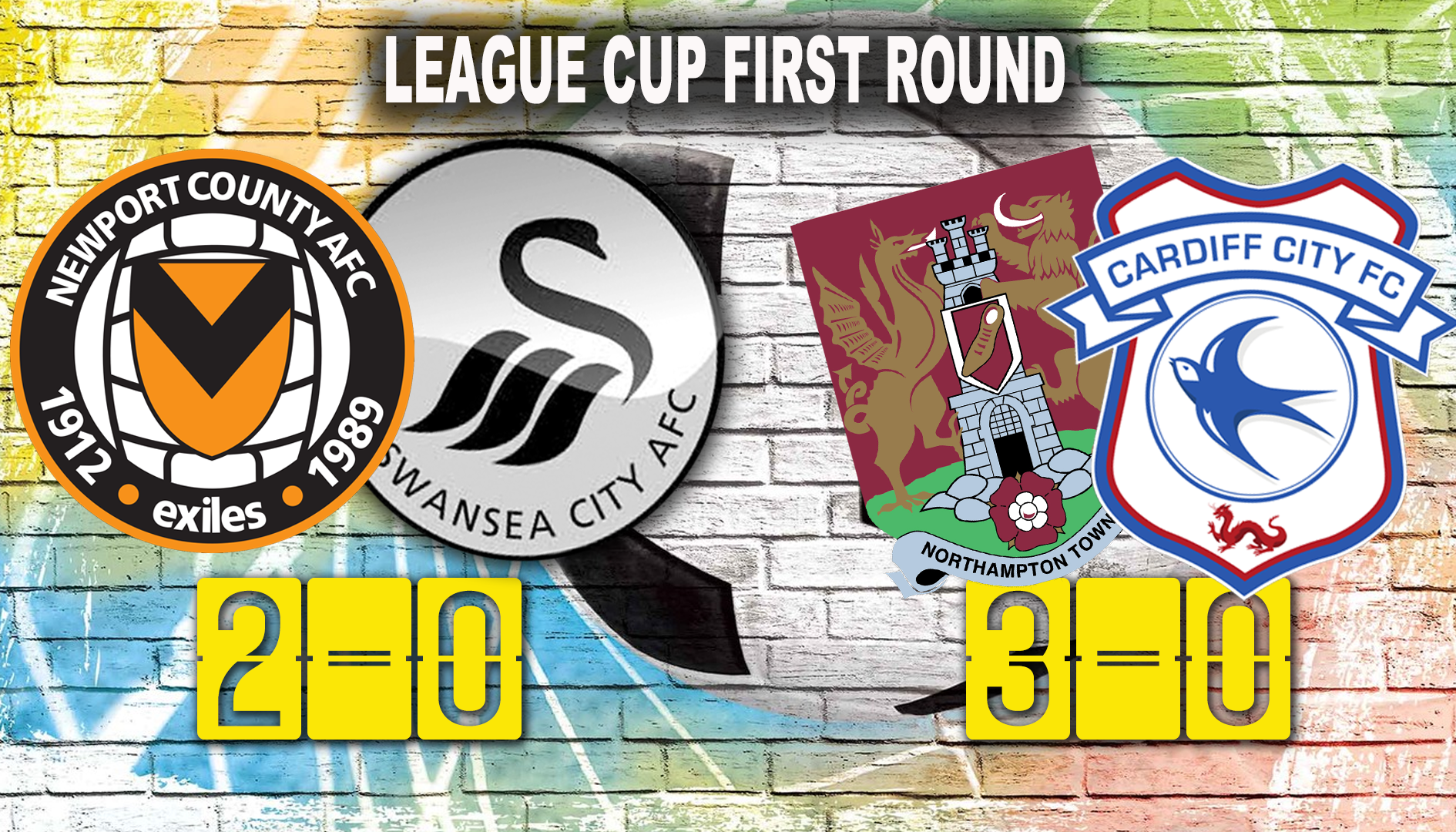 After all the excitement of the Championship play-offs, in which both Cardiff and Swansea missed out 3-2 on aggregate in the semi-finals against Fulham and Brentford respectively, their 2020-21 campaigns got off to a frustrating start with defeats in the League Cup first round at the weekend.

The Bluebirds crashed to a 3-0 defeat against Northampton Town at Sixfields Stadium, while the Swans fell victim to Welsh rivals Newport County, who won 2-0 at Rodney Parade.

A first-half brace from Tristan Abrahams proved sufficient to send the League Two-side on their way to the second round, where a home tie against Cambridge United awaits.

The winner of the second round tie on Tuesday, 15 September, will face a home clash against either Oxford United or Watford. Northampton’s reward for their victory against Cardiff is a trip to face Bristol City at Ashton Gate in round two.