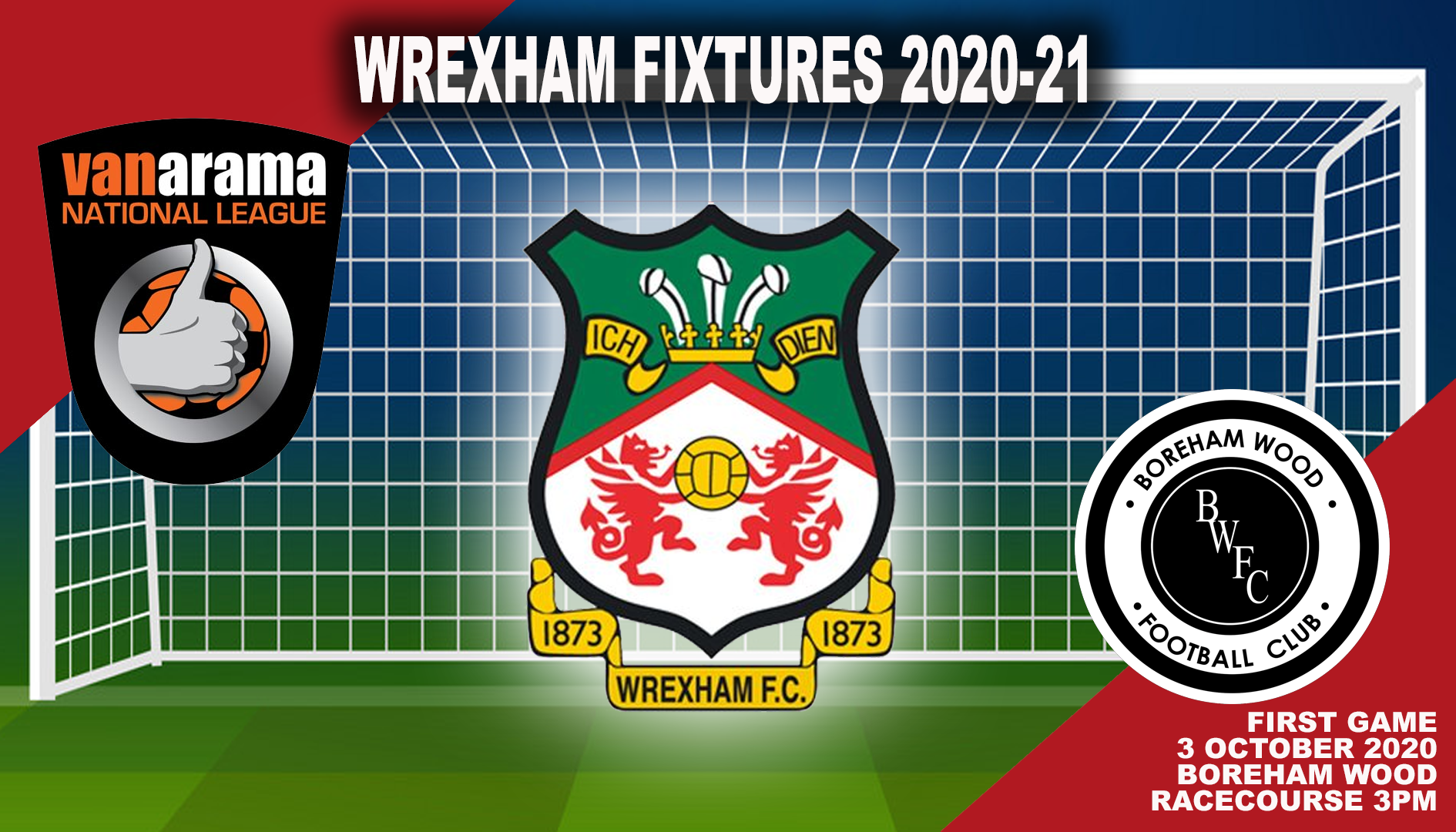 Action in the Vanarama National League returns on 3 October, with Wrexham opening up their 2020-21 campaign with Boreham Wood’s visit to the Racecourse.

When hostilities ended prematurely in last season’s competition because of the coronavirus crisis, the Dragons were in 20th place, but they officially ended the campaign one place higher based on the revised standings.

Boreham Wood qualified for the end-of-season play-offs but lost to Harrogate Town in the semi-finals, with Harrogate going on to beat Notts County 3-1 in the final to move up to League Two.

Bookies’ favourites Stockport County travel to Torquay United, while Macclesfield Town start life back in the fifth-tier by welcoming Bromley to Moss Rose.

The National League North and South seasons get underway with an action-packed midweek schedule that starts on Monday, 5 October, when Bradford Park Avenue play Gateshead and Curzon Ashton host Alfreton Town in the northern section.

Wrexham are back in action a day later when they travel to Solihull Moors, with that followed by an away day at Yeovil the following Saturday. Three days later the Dragons are at home to Maidenhead United, who were officially placed two places below them last season.