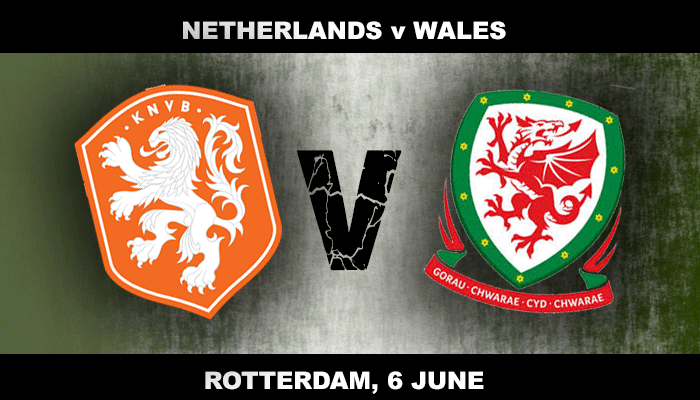 The final warm-up game ahead of Wales’ bid for glory at Euro 2020 will be against the Netherlands on Saturday, 6 June, in Rotterdam, although manager Ryan Giggs is also planning another friendly ahead of their opening encounter of the tournament against Switzerland in Baku on 13 June.

“We’re going to get two friendlies before,” Giggs said. “We have to be in Baku five days before so… it’s about preparing physically and mentally, working on things in training. You don’t often get that time but it’s a time to work on certain things.”

Next month Giggs’ men welcome Austria to the Liberty Stadium in Swansea for the first of their build-up matches on Friday, 27 March, followed by the US at Cardiff City Stadium on Monday, 30 March.

The Dutch, who have also qualified for Euro 2020, will be Wales’ final opponents ahead of the summer extravaganza taking place in cities across the continent. Giggs’ side follow up their opening clash with Switzerland against Turkey in Baku on 17 June and Italy in Rome on 21 June.

Wales have played the Netherlands seven times, losing on every occasion, including a 7-1 defeat in a World Cup qualifier in Eindhoven in 1996. An Arjen Robben double secured a 3-2 win for the Netherlands when the sides last met in November 2015, ahead of Wales’ Euro 2016 campaign when Chris Coleman’s team went on to reach the semi-finals, losing out to eventual champions Portugal.