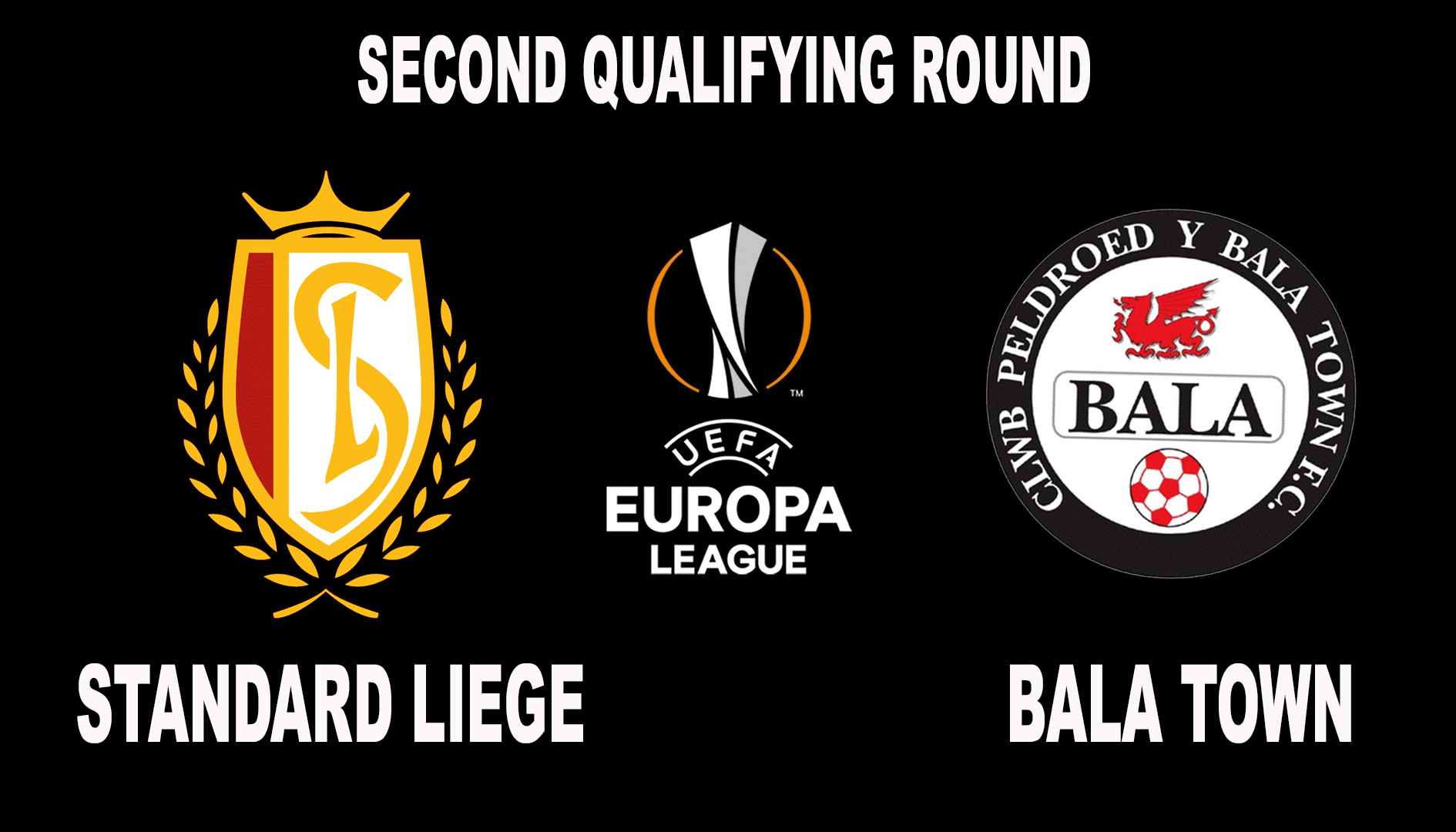 Bala Town’s Europa League clash with Belgian opponents Standard Liege has been switched to an away tie because of a fixture clash at Cardiff City Stadium on 17 September, when Connah’s Quay Nomads are scheduled to play Georgian champions Dinamo Tbilisi in the same competition.

Due to the coronavirus crisis both Bala and the Nomads had designated the Cardiff venue as their home ground, with the Lakesiders initially drawn to play in Wales. But Standard Liege will instead host the second qualifying round match at the Stade Maurice Dufrasne.

The fixture however will remain behind closed doors with only officials and media allowed at the match, which goes ahead on 17 September as originally planned (7pm kick-off).

Should Bala pull off a major shock in Belgium, they would then face a home tie against Vojvodina of Serbia, following today’s third qualifying round draw, with the match to be played on 24 September.

The New Saints face B36 Torshavn in the second qualifying round in the Faroe Islands, with another away tie awaiting them if the trip proves successful. Their third qualifying round opposition would be either Bulgarian aristocrats CSKA Sofia or BATE Borisov from Belarus.

If Connah’s Quay can defy the odds to overcome Dinamo Tbilisi they also have the prospect of a trip to the Faroes to face current league champions Klaksvikar Itrottarfelag, who drop into the competition after losing 3-1 to Young Boys of Switzerland in that competition’s second qualifying round.