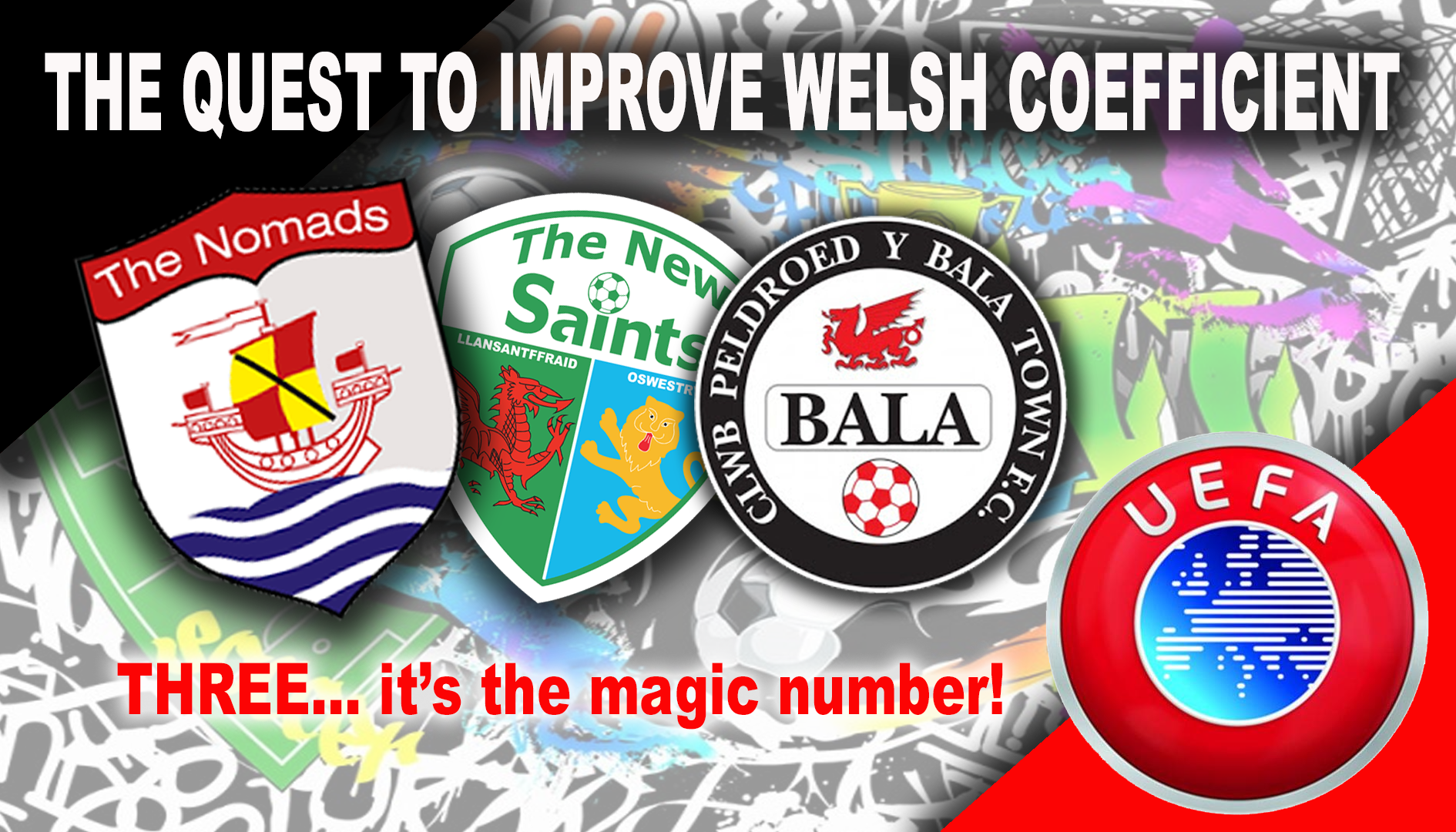 It was a plum draw for Connah’s Quay Nomads who pulled out a home tie against Georgian league winners Dinamo Tbilisi for their second qualifying round encounter in the Europa League.

Dinamo’s most illustrious European moment came in 1981 when they beat Carl Zeiss Jena of East Germany 2-1 in the final of the Cup Winners’ Cup in Dusseldorf, but they are seasoned campaigners who lost to Dutch-side Feyenoord in the third qualifying round of the Europa League last season.

It was also a good draw for Bala Town and The New Saints, but for differing reasons. The New Saints, who were seeded in the draw, return to Torshavn in the Faroe Islands, five years after beating them in Champions League qualifying.

While the Lakesiders were handed the most glamorous tie against 10-time Belgian league winners Standard Liege, most recently in 2007-08 and 2008-09. The Belgian outfit were also runners-up in the 1982 Cup Winners’ Cup and 1996 Intertoto Cup.

Bala also have home advantage, which causes a problem because they and Connah’s Quay have designated the Covid19-compliant Cardiff City Stadium as their home venue.

Ties are set for Thursday, 17 September, but they could be subject to change, with either the Nomads or Bala having to play at an alternative venue or on an earlier date. All matches are one-off ties that will go to extra-time and a penalties if required.

Jose Mourinho’s Tottenham travel to Bulgarian side Lokomotiv Plovdiv, while Motherwell visit Northern Irish-side Coleraine and Rangers travel to Gibraltar to face Lincoln Red Imps. Aberdeen are away to Viking of Norway.

In the Uefa Coefficient Rankings, which form the basis for the number of sides countries are allowed in future competitions, Wales are one place and 0.25 points behind Iceland in 51st place. The target to maintain four sides in European competition for the 2022-23 season is 47th place, currently held by Gibralter on 5.333 points. The Faroe Islands on 5.25 and Kosovo on 5.167 are also above Wales.

So far Wales have gathered four points this term, which is divided by the number of national representatives in European competition and added to the tallies for the four previous seasons… giving Wales a total of 4.5 points.

Both Iceland and Kosovo only have one representative left in this year’s competitions, while the Faroes and Gibralter have two. Wales have the luxury of having three teams remaining but it will still take significant progress in the competition by TNS, Bala or Connah’s Quay to push Wales up to 47th place.

With TNS travelling to the Faroes to take on B36 Torshavn it throws up an ideal opportunity to close the gap on one of the nations above Wales. Should any of the three sides make it to the third qualifying round it would bring a guaranteed two or 2.5 points, which realistically appears to be the minimum required to get close to the target.

Both Bala and the Nomads are at home, but the opposition they face is much stiffer. Both sides put in good shifts in their previous European encounters and will have their opening Cymru League match, in which they go up against each other, under their belts before they resume European action. Hopefully that little bit of extra fitness will serve them well!